is the seminal (1977) work of architect Christopher Alexander et al. describing a functional system to meet humanistic needs in the design of buildings, the urban environment and vital community.

Pattern number 58 “Carnival” is a prescient and perfect description of what has organically arisen as the ephemeral Black Rock City – otherwise known as Burning Man!

END_OF_DOCUMENT_TOKEN_TO_BE_REPLACED

On his way back to Earth, having just walked on the moon, Apollo 14 astronaut Edgar Mitchell experienced a radical transformation in perspective and thus consciousness. As he approached our planet from beyond it’s sphere of influence, “he was filled with an inner conviction as certain as any mathematical equation he’d ever solved. He knew that the beautiful blue world to which he was returning is part of a living system, harmonious and whole—and that we all participate, as he expressed it later, “in a universe of consciousness.”

Getting a handle on culture, perspective and future.

Consider this: there can be no omniscient, impartial chronicler of history, culture or identity – it is all subjective. Accepting this on the cultural scale has been a tremendous liberation as I understood that my people, my city, my country, the English speaking world, are not necessarily better. There are of course no “chosen” people anywhere and indeed, my spiritual beliefs are equal to any other aspirant of the divine whether Christian, Muslim, Hindu, Buddhist, Pantheist, Shamanic cosmologist, or astronomer on the road to awe. END_OF_DOCUMENT_TOKEN_TO_BE_REPLACED 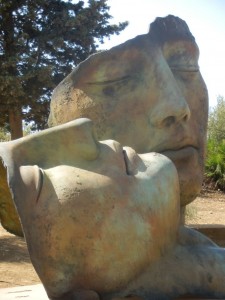 This morning, through the twilight, the sound of lovemaking enters me through the open window – such an arousing, hauntingly beautiful sound – a sound that could heal the world. Strange though… whenever this ardent song strays on the breeze, it’s only ever that of the woman I hear, never the man lost in his own rapture. What’s up with that fellas?

Lithe bodied,  we dance tall
swaying arcs of verdure leaning
into curved mists of space and aeons
as heaving earth-body
pulsing in tune,  exultant
sun,  sultry moon
we sink our roots,  feeling
deep around you,  and swirl
with wind,  and stars reaching,  we rise

upon the long song,  of creation. END_OF_DOCUMENT_TOKEN_TO_BE_REPLACED

Ekphrasis to Rilke’s Turning Point (below)

Fair youth, beneath the trees, thou can’st not leave
Thy song, nor ever can those trees be bare;
Bold lover, never never can’st thou kiss,
Though winning near the goal – yet do not grieve;
She cannot fade, though thou hast not thy bliss,
Forever wilt thou love, and she be fair!

Keats – Ode on a Grecian Urn

WINTER: In the darkness, gestation.
Until the Phoenix rises, once more, exultant, free
to love and love again, soaring across
the ancient white peaks, the dazzling, clear blue
skies… END_OF_DOCUMENT_TOKEN_TO_BE_REPLACED

Posted on December 1, 2014 by Nik
1 Comment
This evening
the burgeoning crescent moon hovers low
over the western pacific
a veil of ocean mist rising up
to kiss beyond
the mountains – where I lay
in these steaming waters –
earthly aromas
rose geranium, thyme
rustling bamboo leaves
quiet cricket’s trill… END_OF_DOCUMENT_TOKEN_TO_BE_REPLACED

I called to my lover pining, under the moon

yet alone I remain waiting, under the moon

Posted on September 16, 2014 by Nik
Comments Off on equinoctial 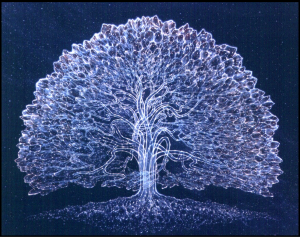 pulling at this floundering soul one long or lonely night