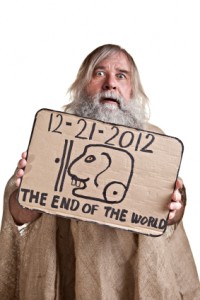 Sulleiman emerges from the bushes, a disoriented, quizzical look on his wizened, timeless visage. He brushes off bits of leaf and twig clinging to his brocade tunic and burgundy pantaloons, before picking himself up brightly to continue on his way. But a little girl called Lali, who is six, is standing there watching in open curiosity, with her big dark eyes that the world flows into without any resistance at all. “What were you doing in there?” She asks with irrepressible innocence and glee.
“Oh…” wiry silver eyebrows lifting with mild preoccupation, and in a layered Russian-Iranian accent he continues “a little problem I’m having with relocation.” His right eye twitches then, like a wink – another little problem he’s been having, which in the recent past, has been misinterpreted as impertinent or lecherous or a jocular gesture variously at extremely inappropriate moments.
“What’s ‘relocation” she asks, blessedly self-possessed.
“Oh, you know…” he responds distractedly, looking around, “getting from one place to another.”
“Well, where did you come from then?” Her big soft brown eyes irresistible and her singsong voice rises and falls in gay little crescendos.
“Ahh, well, Hammerfest… right on the very tip of the Norway” he adds as he muses, “we do not appear to be in the Fjordlands now…”  He looks away from Lali’s eyes and up into the trees. “I was on my way to, ah, ah… but there was a pull…”
“Nor-Way!” she blusters preposterously, “Are you a Mag-ician…? Or are you a Time Traveller?” She says in staccato, crossing her arms imperiously.
“Time, time…? Well, it is really more space than time actually, which is why it can get complicated you understand – navigating the infinitesimal fractal dimension is more of an art, than a science, as you can well imagine.  A slight miscalculation can land one in some very awkward places I can tell you…”
His eyes twinkle as he grins for a moment, disappearing off into time this time, but returning quickly with a sober expression, “Anyhow little princess, where are we exactly?”
“We’re at the park silly, you’re not a very good magician are you?”
He points his eyebrows, with a vaguely stern frown, down at those enormous, black-cherry, carefree eyes. “I’m not a magician” he says, “Which park?”
But she turns and skips off at the sound of her mother calling “Laliiitaaaa…”, and bounds away across the greensward singing “byee…” hair shimmering, iridescent in the sunshine. He gazes after her momentarily, lost in another fleeting trance, then snaps back with determination and focus. Gazing along the path, following a long sound, he sets off through the pleasant landscape, towards a distant gate; a deep bed of mottled sycamore shade trees, dense cream-edged pittosporum, and bright daffodils to the right; burgundy leafed flowering cherries, broadly scattered to the left, bordering expansive, lush, recently mown grass, reaching into the distance; a large pond and pagoda on the horizon, shimmering in the bright sunlight. There’s a tracery of leafy shadows dancing under the trees all over the surface of the scintillating park, as Sulleiman pursues the distance, which he is remarkably good at.

Beyond the gate there’s a broad busy thoroughfare; imposing, classical, Portland limestone statuary – larger than life rearing steeds and noble persons, anchoring Gothic and Georgian stone clad buildings, reaching into the summer sky, the rumble and honking of traffic – black cabs, double-decker buses, motorcycle couriers.
“Hm,” Sulleiman thinks, “London.” People in sombre clothing are walking past purposefully, on their way somewhere important, others in ungainly safari-like outfits, wander about with dreamlike half smiles, or else wield cameras enthusiastically, and then there are a few shifty looking characters on the periphery, leaning back on the railings, wearing tawdry knock off sneakers and flashy watches, smoking covertly, gawky like a covey of vultures.
One of these opportunists, known as Gary, or Gazza, notices this rather elegant, character, if somehow out of place or time, standing there without immediate direction. He flicks his cigarette into the gutter and keeping one eye on the old man, makes a beeline, crossing the road deftly with an odd sort of sideways gait, but when he gets there, the old man vanishes into thin air, leaving Gazza scratching his head, looking around wondering in vain, and then having to return to his roost sheepishly, defeated.
Staring straight through the distance, Sulleiman draws through the back streets, and reaches the entrance of an imposing museum – an elaborate if eclectic hybrid of Renaissance, Romanesque and Classical architecture, looming timelessly in the city sun.
People are passing leisurely to each side of him, a few clusters of student travelers sitting on the broad sweep of steps below, eating sandwiches or studying A-Z’s or distractedly tapping their smart-phones for news of something or someone.
Sulleiman enters the museum through a series of concentric arches, supported by slender columns and intricate niches, through revolving steel and glass doors, into a deep colonnaded atrium, reverberant with squeaky shoes and echoing voices. He floats through the throng directly to a rear gallery and finds what he has apparently come for. In a long spacious hallway are large, austere, mahogany display cabinets along the entry wall, tall arched windows looking out onto stately courtyard gardens on the far side, and numerous classical marble sculptures on heavy plinths along the center. But amidst the throng are three particularly potent pieces named The Metamorphosis of Ovid, The Young Mother, and Despair. There is another large figure by the same hand, in burnished bronze, of a wild, muscular man, gesticulating with an air of grace, but this is of no interest.
Sulleiman heads straight for the Metamorphosis of Ovid, an historically controversial representation, in white marble, of two young women embracing amorously. He draws the flowing form in through his eyes, seeing deeply, and the past is present in him. He delights in the surface luster and elegant depiction of female form. He places his palm in contact with the smooth, cool back of the uppermost figurine and, tanned, elegant fingers trailing, walks around, sensing the contours of head, sides and slender legs of the figures, feeling deeply…
He feels all of the pain and suffering of humanity well up in him; all the confusion and torment, the sorrow, loss and loneliness. He feels all the gathering, the joy and the comedy, triumph, art and celebration – all of life and living. He perceives the transient, sublime beauty of the human drama and it deepens his knowing and his discernment of perspective. Among his peers – those deft in the pursuit of great feats of perception – the broader the cosmic perspective the greater the sense of humor – the most indispensable faculty of mystics everywhere.

A bookish guide among the group at the nearby bronze is saying “St John the Baptist is the second of Rodin’s monumental bronze figures, deliberately made slightly larger than life to counter accusations that his first figure, The Age of Bronze, was a cast made directly from the model’s body… “
One of the group, a 16 year old school girl called Natasha, more given to visual pleasures than academic conceit, snickers with mild disdain as she wonders off towards “Despair.” She stops and peers up under the leg of the anguished figure which is seated on the ground in a crouched posture, lifting up its foot, clutching at it, head stooped in a forlorn, exasperated manner.
Of St John, the guide continues “The form demonstrates Rodin’s belief in the candid observation of uncontaminated natural man, as derived from his study of the philosopher Jean-Jacques Rousseau…”
Natasha straightens up, and is startled by a curious stranger standing there, who winks at her. Seeing his effect, he succumbs to the temptation, raising both eyebrows over large sunken eyes, sallowed by the diffuse light, and elongates his smiling face in a yawning, wolflike manner that says come here or I’ll eat you, and she scurries back to the group, shoulder blades drawn behind her, one eye looking half back, the other reaching forward in nervous laughter towards her friend Sasha. Sasha looks up to see an old man in a fancy costume with a complacent grin and she frowns to herself with one eye raised. Natasha looks round from the safety of the clutch, but the interloper has vanished and she frowns. The girls look at each other and smiles break through the frowns. They attempt to suppress the ensuing fit of giggles, but others are already looking toward them surreptitiously and the guide disapprovingly, which only increases the giggle tension and they are forced to excuse themselves to an adjacent chamber, leaning into each other, arm in arm as they go, like giggling Siamese twins.

Sulleiman was nowhere to be seen. There was little time left as measured by GMT, and he had continued to his appointed destination – a faded little saki bar in a tiny fishing village on the very northern tip of Hokkaido. He was drinking hot rice wine and laughing scurrilously with an ancient, if energetic Chinaman by the name of Shi Ning kuan. Shi Ning kuan wore a long drooping horseshoe mustache, broken wire rimmed glasses, and braided ponytail behind a dusky red silk skullcap. The barman, a less spritely, but no less wily old native with the ubiquitous rising sun bandana strapped to his forehead, shuffles up and summarily rasps “?????????·????????????????????? – ????????” –  “Okay, Genie-of-the-lamp and Fu ManChu, show me your money – it’s closing time”
?0?

The real hero of our story however, who we will visit another time, is of course Lali who, brimful of the purest joy in life, is still prancing about in Hyde Park with no restraint, chasing squirrels and accosting strangers and brightening the day.