The idea of arresting increasing climate related disaster was recently taken up by the Extinction Rebellion (XR) movement in the UK. XR represent a confrontational if disruptive demand to hold government accountable for the denial or dallying of their roles in practices shown to disrupt climate stability. Greenpeace, NRDC, and countless other environmental and humanitarian organisations across the globe have continued their efforts to hold industry and government to account since the 1840’s.

[…] The science is clear, the facts are incontrovertible, and it is unconscionable to us that our children and grandchildren should have to bear the terrifying brunt of an unprecedented disaster of our own making. […] Our government is complicit in ignoring the precautionary principle, and in failing to acknowledge that infinite economic growth on a planet with finite resources is non-viable.

from XR’s first open letter of Oct 2018, endorsed by a multitude of academics and scientists. 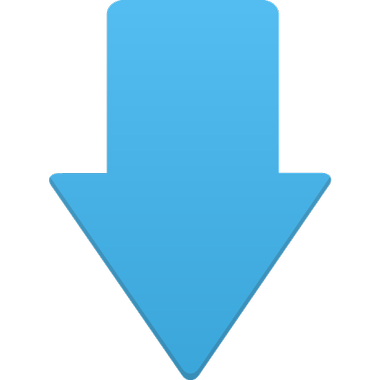 Cut to the coin chase…

The problem of exponential human growth and consumption across the planet (see compelling documentary Growing Pains), is nevertheless being challenged, by XR in this case, from within the dysfunctional socio-political system, of which we all remain an inextricable part.

Given that capitalist, corporate, institutional and government interests – those entities that retain the balance of power – have hitherto not succeeded, or been interested in effecting a fundamental common understanding, respect and mutual interest in “the commons,” representing clean air, fresh water, ocean, soil, mineral, forest, human and animal resources; as not being subject to any form of ownership or sale at the expense of humanity and environment as a whole – there seems little chance that the burgeoning threat of climate change can be relied upon to be mitigated by said authorities.

(In case you are in any doubt about the deep-set and unshakeable grasp of the dominant destructive forces, articles such as the LRB’s Gulf Bargain, or if you’re really brave Our Alien Planet ought to make it pretty clear.)

“You never change things by fighting the existing reality.  To change something build a new model that makes the existing model obsolete”.

It may be that, though resistance is a necessary challenge and stopgap to these forces, the scale and complexity of the entrenched causes mean that the relative mosquito whine of the eco movement can have only moderate enduring effect. (Note the erosion of civil liberties under the guise of national security, and the tendency of law to support the global “oil standard” rather than environment or civil humanity, let alone malfeasant activists. (See LRB article The Right To Protest.)

Governments and private enterprise continue to expropriate planet-wide commons in covert operations at the abject cost of bio-diversity and humanity everywhere. (See documentaries Ocean Monopoly and Running out of sand respectively.)

Lastly, compounding this dynamic, in the words of evolutionary biologist Dr Elisabet Sahtouris:

[…] Deep recessions happen when a financial system based on debt concentrates wealth unreasonably, the destruction compounded by other bad banking practices such as deceptively cheap credit, repeated ‘thin air’ derivatives and unholy gambling on peoples and nations’ debts. As banks require borrowing nations and businesses to shut down their economies, they cause massive unemployment and the reduction of services, while forcing them to sell off, to the already wealthy, vast amounts of infrastructure, from transportation systems to energy production to hospitals and natural land that should be commons.

Maybe we need an approach that sidesteps rather than takes on the slippery and brutish old guard state of mind.

So what are the options for conscientious and concerned people across the globe? I might support the cause of XR, but I may not have confidence in the approach, so long as the balance of power remains squarely within the confines of such a divisive, if not duplicitous system – intentional or otherwise.

As suggested, the problem with any confrontational approach, is that we can not be separate from the cause, no matter what our sensibilities and allegiances may be, so long as we are a part of the system we fight or uphold.

First and foremost, we must recognize globalization as a biological process – something that is happening to a natural living system we call humanity. Then we can see how an economics that violates the fundamental principles by which living systems are organized currently threatens the demise of human civilization.

Our own bodies brilliantly model win-win living economies, as do mature ecosystems such as rainforests and prairies, thriving through sharing and recycling. The economic relationships concerning the acquisition of raw materials, their transformation into useful products, distribution, consumption, and recycling, is as applicable to human economies as to the economies of all nature’s ecosystems.

Towards a universal language

Consider an inter-dependent, peer to peer, global currency, reorienting monetary value towards a direct relationship with life and each other – as distinct from dissociative and disproportionate relationships with things, nation states, and the golden idols of wealth, power and ownership.

Sounds like a fanciful solution to such a complex problem. Yet the burgeoning adoption of nascent blockchain technologies present a very real and timely opportunity to address the global socio-economic and political problems we are facing, from the ground up. To get a concise understanding of the principals and use cases scenarios for Bitcoin-like blockchain technologies, see this 6 minute video. Bear in mind that there already exists a proliferation of alternative cryptocurrencies striving to solve problems like the one we are considering here.

[…] The Internet is perhaps the largest self-organizing living system on the planet, composed of living people using computers as tools for connection in distributed networks without central control. Thus it provides the practical possibility of its use for global cooperation, information sharing and distributed network governance, even for non-debt currencies. All of these are showing up more and more rapidly and extensively as our situation becomes more dire.

ATP (Adenosine triphosphate) as quoted by Dr Sahtouris above, is the molecular unit of intracellular energy – the de facto basic unit of energy-currency across ALL life forms.

In all biology, from cells to organisms to bodies to businesses to blockchains to ecosystems to Earth, homeostasis is only maintained by the equitable distribution of all available energy as required by parts of the whole. As such, ATP is representative of a scalable, biomimetic currency model that can support all of humanity, non human species and environment as a whole – the whole of life on Earth – if we collectively so chose to expropriate the responsibility for our own planet-wide wellbeing by utilising an ATP modelled blockchain protocol.

This is an idea who’s time has come, not perhaps, because it’s a new idea in itself, but because these emerging, distributed, peer to peer, blockchain technologies, egalitarian by definition, have not existed up until now. They continue to evolve virally and have done so since the birth of the internet with increasing rapidity. And whilst the information age has hitherto been subject to the paradigm of existing hierarchy and market forces, there are precedents in the blockchain space to demonstrate the readiness of the heart-mind intelligence that this idea is predicated upon.

There are a number of blockchain projects that are approaching this ideal, but most remain commercially oriented – none as yet taking the life first, biomimetic stance outlined here.

This writer is no one in particular per se, but We are everything. If you have critical and constructive thoughts around this idea, please get in touch. We need everybody! But YOU are the one we have been waiting for!

See also Your pocket guide to the digital cash revolution

Everything you and your mum need to know about the new distributed currency and the decentralised information revolution – how and why to get onboard, in a nutshell.