On his way back to Earth, having just walked on the moon, Apollo 14 astronaut Edgar Mitchell experienced a radical transformation in perspective and thus consciousness. As he approached our planet from beyond it’s sphere of influence, “he was filled with an inner conviction as certain as any mathematical equation he’d ever solved. He knew that the beautiful blue world to which he was returning is part of a living system, harmonious and whole—and that we all participate, as he expressed it later, “in a universe of consciousness.”

Getting a handle on culture, perspective and future.

Consider this: there can be no omniscient, impartial chronicler of history, culture or identity – it is all subjective. Accepting this on the cultural scale has been a tremendous liberation as I understood that my people, my city, my country, the English speaking world, are not necessarily better. There are of course no “chosen” people anywhere and indeed, my spiritual beliefs are equal to any other aspirant of the divine whether Christian, Muslim, Hindu, Buddhist, Pantheist, Shamanic cosmologist, or astronomer on the road to awe.

This idea really screws things up though, as it implies everything learned through early adulthood, about myself and the world, was probably through the skewed collective lens of a society that could not possibly see beyond it’s own ideological identity. Thus imperialism and the notion it is right to educate ourselves, and the people of lands we “influence” to fit our model – particularly if those lands happen to be rich in spice, oil, tantalum or whatever the resource we need at any given period in history. We know what’s best for them and we reign by virtue of superior technology.

In point of fact, only the technology and commensurate resource has changed since the earliest times. We continue to globally garner what “we” believe we have a right and a need for, not to mention the moral authority to impose over (you know the story by now – human resources, land, mineral and water rights.) You might ask who is this “we” you are talking about? Quite simply, the consumer in any capitalist system who avails them selves of products sourced elsewhere. That’s the bottom line – if it ain’t local, it’s because it’s profitable to exploit elsewhere – the economies of supply and demand. And this bottom line does not account for a factor more serious than we seem able to grasp collectively – Natural Capitalism and the Earth’s capacity to continue supplying us with clean air, water, soil and ocean resources.

When I listened to Evon Peter, a wise young Indigenous “Elder,” speak at a Bioneers conference in Northern California in 2007, he suggested that we as “European Americans” have an illness and are out of balance. I recognized he had a point and that not only was he right given his perspective of our civilization, but that the rampant life of the mind, intellect and ego are indeed an imbalanced state of being, as without being rooted in the heart, the mind, untethered from feeling and compassion (that which elevates humanity from rapacious self aggrandizement at the expense of disenfranchised minorities and species everywhere) knows no bounds.

However, the truly wise one encounters, make choices based on a balance of the faculties of heart, mind and an experiential sense of the divine. They operate from what I call true intelligence. (These people are almost never in office or positions of hierarchy – wrong paradigm – so it’s been said, “Don’t vote. It only encourages the bastards.”)

Actually, what Evon was saying felt true because I recognised that the injury in me was as fresh today as when I was five or six and first inculcated by the notion that to feel, to allow the expression of sensitivity and vulnerability is a “girly“ thing to do in the school yard of our male dominated culture. This denies us of our childhood and humanity and is of course where homophobia begins. So what is the sickness of a culture that is inclined to dominate, coerce, manipulate and profit to get to the top. Could it be a sickness of the mind, or ego, isolated from the truly divine and therefore one and other? A disenchantment?

My point really is, that in order to elevate ourselves to our highest potential as human beings, with the courage to love one another instead of destroy that which we fear threatens us…

On his way back to Earth, having just walked on the moon, Apollo 14 astronaut Edgar Mitchell experienced a radical transformation in perspective and thus consciousness. As he approached our planet from beyond it’s sphere of influence,

“he was filled with an inner conviction as certain as any mathematical equation he’d ever solved. He knew that the beautiful blue world to which he was returning is part of a living system, harmonious and whole—and that we all participate, as he expressed it later, in a universe of consciousness. This experience radically altered his worldview: Despite science’s superb technological achievements, he realized that we had barely begun to probe the deepest mystery of the universe—the fact of consciousness itself.”[1] 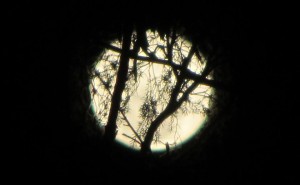 My own experiences, though I have not yet made it to the moon, did lead me out of the sphere of influence of my family, mentors and peers by turns, out of England and Europe. It was only then, looking back, that I was able to see myself and the culture that formed me with any perspective at all. Eventually I made it to the East and the radically different cultural precepts of the Muslim, Hindu and Buddhist worlds. And finally, to the Americas and North America – at once the requisitioned homeland of the first settlers on the East coast, and the purported cutting edge in the evolution of consciousness towards the West. Indeed, it has been suggested that the direction of the migration of consciousness is westward– and ostensibly, what brought me here to the progressive coast of northern California. Whether this is true or transitory is not important, but change itself is and surely necessary for us (are you with me?) to continue to grow, or else stagnate in the dis-eased state of the empire of the mind.

How To Save The World In One Easy Step

There is only one other faculty that can harmonize our selves and our planet that takes so much more courage than wielding wealth, rhetoric and brute force. Yep, that would be love. To be perfectly honest, it scares the crap out of me, because that’s how I, as a man, have been conditioned – to fear being emotionally vulnerable. It’s not safe in a man eat man world. It’s easier to just keep moving, run with the pack in the consensus socio-political and economic “reality.” Yet I believe it is our intrinsic nature to feel deeply and act accordingly and we don’t have to go to the moon to re-cognise this. We only have to be still for a moment, away from the insistence of media, peer and vested influence, and listen deeply.

As our thoughts, intentions and actions are motivated by the measurable yet intuitive wisdom of the heart,[2] as we feel and act with integrity and appreciation for all of life, as we see the world around us without being limited by a particular point of view, then I believe, we might begin to represent mankind as an intelligent species as perceived say, by onlookers from another world.

Of course, we only know of one – be a shame to fuck it up.