Earth’s dynamic fluid systems – not to be underestimated

The Earth and all life functions as a continuously evolving, fluid, dynamic system that we barely begin to understand in it’s complexly interwoven entirety. Sucking out the oil and burning it off in a fashion marginally more evolved than the discovery of fire itself – e.g. the archaic combustion engine, proliferating to this day by the obtuse laws of corporate swaggery – is still just burning stuff based on nature’s de-structuring forces for near-sighted profit. This as distinct from the con-structive spiralic forces of natural growth systems and the plethora of quelled yet more visionary and progressive, life affirming technologies.

At what actual cost?

Apart from the fact that removing the oil from beneath the Earth’s crust just wouldn’t seem like a sensible thing to do looking at the big picture, the cause of the few earthquakes knowingly triggered by man have been as a result of injecting fluids into deep wells for waste disposal (go figure) and secondary recovery of oil. Also from the creation of large reservoirs for water supplies where they have not occurred naturally over millennial time spans. It is also understood that concussive thrusting or extracting of oil or water causes an imbalance in the Earth’s mantle, a natural consequence of which is for the Earth to find its equilibrium causing a shift in plates or crustal displacement – otherwise known as “Earthquake”

I think it also important to recognize that, in any large body or system of nature, there is no redundancy. When a part is removed, the integrity of the whole is compromised by definition. The net effects are yet to become truly apparent, even as we watch the symptoms, unprecedented in our recorded history, of our life support system Earth, reeling out of equilibrium – at least as far as mankind is concerned. Disruptive activity through earthquake and resulting tsunami, climatic imbalance, volcanic activity, saturated air, sea and soil toxicity, and other consequential environmental degradation, appears to be increasing exponentially from season to season. The role of burning oil in all this is apparent enough to all except a diminishing number of staunch advocates of the false status quo – the rapacious, elitist mind-fuckers and liars of vested government and corporation and the insular brainwashed few. As Churchill pointed out “Men occasionally stumble over the truth, but most pick themselves up and hurry off as if nothing happened.” 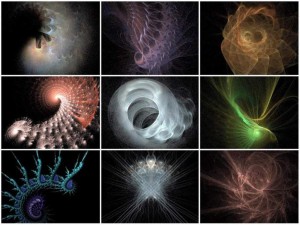 As these reactive forces of nature become more prevalent and extreme during our watch – I believe it an excellent time to step aside from “un-government” initiative and join with the ground-breaking, global plethora of solutions-oriented, non-governmental organizations. The thinking and feeling grass roots movements that care for environmental and human rights and assume genuine responsibility where “Government” assumes a more contrived, corporate role. In fact the oil Goliaths will be nothing if you and I chose more conscientiously. It’s actually not so difficult as one might imagine. An adaptation, like learning to take tea without sugar. Decentralize infrastructure and services – go local, go solar, avoid excess, plastics, synthetic agricultural produce, urban sprawl – all the things that feed on oil. Many arguments and points of contention here for discussion, but that would miss the point. 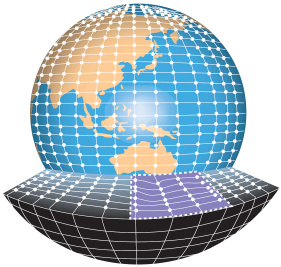 Forty years ago, the very first Earth Day, the unofficial birthday of the modern green movement, arose in response to the massive Santa Barbara oil spill, in the Dos Cuadros Offshore Oil Field in 1969. An estimated 80,000 to 100,000 barrels of crude oil poured into the Pacific and onto the beaches of Southern California. Upward of 10,000 birds were killed in the disaster.

The recent collapse of the Deepwater Horizon platform in the Gulf of Mexico on the 40th anniversary of Earth Day has eclipsed both these historical environmental catastrophes with independent estimates of 70,000 barrels per day, reportedly accurate to ±20% and
differing from BP’s figures dramatically. This continues to erupt from the deep at the time of this writing. This equates to some 7,100,000 barrels of oil asphyxiating the Gulf and heading towards the coast 30 days after the blow out… and counting.

The explosions followed pressure from BP to drill faster, according to one of the last workers to jump from the exploding rig in a telling  60 Minutes interview with CBS’s Scott Pelley. Mike Williams, the chief electronics technician said that a series of safety problems had gone unaddressed.

Bioneers.org says “Since the Deepwater Horizon oil rig exploded on April 20, the administration has granted oil and gas companies more than 27 exemptions from doing in-
depth environmental studies of oil exploration and production in the Gulf of Mexico. This continued push for off-shore drilling, means that the accounts payable for our oil addiction just continues to grow. Last year, the Deepwater Horizon drilled the deepest well in history, over 35,000 feet. Such is the fervor of the extraction industries to meet the growing demand for oil worldwide that they are pushing exploration further and faster then ever before. Catastrophic failures like the Deepwater Horizon are bound to become more and more common in the mad scramble for the world’s dwindling supplies of crude.”

Gerald Massey says, “they must find it difficult …. those who have taken authority as the truth, rather than truth as the authority.”

And the truth is, we may continue to live in convenient denial for a time, but natural systems always find their own equilibrium, and that may not necessarily be comfortable for the predominating geo-political hierarchy or even mankind altogether. I also happen to believe however, in the extra-ordinary potential of the human spirit and the unifying benevolence of common people, to rise up in times of existential crisis, see the beauty in and around us, and recognize that that which is not serving all of life must no longer be
served by us.