Hello… is anybody there… ?
The UN says the world is in the midst of the greatest mass extinction since the big one – yep, Dinosoars – 65 million years ago. In 2007, one of the Earth’s oldest living species, the Baiji dolphin, was considered extinct and no longer to be found in it’s home, the mighty Yangtze River (over fishing and environmental degredation) 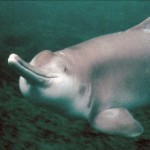 Cetaceans are more than sentinals of the sea or canaries in the coal mine – they are at the top of the food chain and when they are endangered and reaching extinction while everybody’s busy worrying about the markets – you know we’re in deep shit. 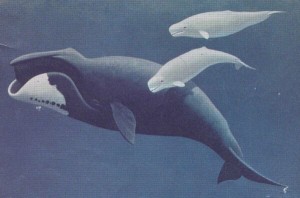